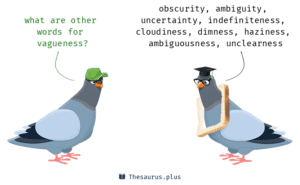 Within this series about knowing knife laws, it is appropriate to examine laws that may be unknowable. The constitutional term for this is vagueness. The vagueness or “void for vagueness” doctrine is not unique to knives or to weapons. It derives from the provisions of the U.S. Constitution requiring due process – fairness – in the promulgation and enforcement of penal laws. Our federal Constitution does not restrict citizens. Rather, it provides a framework for a government; the process for selecting those among us who will “take turns” administering the various offices thereof; and provides limits on the power or authority of that government.

The constitutional doctrine of due process requires that the legislative component of government must fairly warn us as to which conduct is subject to being penalized, and not delegate basic policy matters to policemen, judges and juries.

The U.S. Supreme Court has established a two-part test to be applied when considering the issue of vagueness:

As to the second part of the above test, the U.S. Supreme Court has emphasized the need to avoid sufficient legislative clarity so as not to “permit a standard-less sweep that allows policemen, prosecutors, and juries to pursue their personal predilections.” Kolender v Lawson, 461 U.S. 562 (1983).

Application of the vagueness doctrine to knife laws is not a recent development. The case of Haynes v State, decided by the Tennessee Supreme Court, involved a conviction under an 1837 state law which prohibited the concealed carry of a Bowie knife or “weapon in form, shape, or size resembling such bowie-knife.” Defendant Haynes was arrested for his involvement in some “affray” and had in his possession a knife described by witnesses as being fifteen to eighteen inches in length with a “sharp point, thick back, and a sharp edge.” He was convicted of possessing a knife resembling a bowie knife and appealed on the basis that the law was too indefinite.

The Tennessee Supreme Court did acknowledge the question of overbroad or overzealous enforcement, but observed that a judge and jury could be relied upon to do the right thing:

it may be asked, what is to protect against conviction, when the words of the statute cover the charge, and its true spirit and meaning does not?

We answer, the judge and jury who try the case. We cannot presume that the latter would find, or the former permit, a verdict to stand where the offense charged was not of the character designed to be prohibited by the statute.

The U.S. Supreme Court rejected the idea that courts are a sufficient protection from vague laws in the1875 case of U.S. v Reese, 92U.S. 214:

It would certainly be dangerous if the legislature could set a net large enough to catch all possible offenders, and leave it to the courts to step inside and say who could be rightfully detained, and who should be set at large. This would, to some extent, substitute the judicial for the legislative department of government.”

An examination of how courts across the country have handled vagueness with reference to knife laws can be seen in the example of the otherwise undefined “dangerous knife.” At least four U.S. states (Kansas, Nevada, New Jersey, and New York) have enacted laws imposing a restriction on any “dangerous knife.”

A Nevada statute in effect in 1986 prohibited the concealed possession of a “dangerous knife.” One David Bradvica was stopped for a traffic violation and, per the facts of the case, he was less than candid with the police. An automatic knife with a blade measuring 1 and 15/16 inches was found in his possession. At that time, automatic knives with a blade less than 2 inches were NOT restricted. Bradvica was charged and convicted at a trial by jury of possessing a “dangerous knife.” (He was also charged, but not convicted, of an illegal “switchblade” violation.)

One could argue that the prosecutor, judge and jury did not do the right thing. On appeal, the Nevada Supreme Court held that “dangerous knife” was “unconstitutionally vague and ambiguous.” Bradvica v Nevada, 760 P.2d 139 (1988).

In 2008 the Kansas Court of Appeals in State v Moore, 174 P3d 899 (2008) considered a vagueness-based appeal from a conviction for possession of a “dangerous knife.” The item in question was a hybrid knife / hair-comb with the handle of the comb also serving as a handle for the knife. The defendant, or person in possession of the knife, was a prior felon stopped for a traffic violation. On appeal the defendant urged, unsuccessfully, for the court to accept the reasoning of the Nevada Supreme Court in the Bradvica case mentioned above. The Kansas Court pursued a circuitous examination of law which relied upon similarities between “deadly weapon” and dangerous in finding that the statute was not vague.

Perhaps a better basis for upholding the statute would have been the knife disguised as an innocuous object. In any event, the Moore case in Kansas is an outlier and its law now provides that possession of a “dangerous knife” is unlawful if criminal intent is established.

While “dangerous knife” has not been defined by the New York legislature, the New York Court of Appeals has essentially reworded the term to facilitate arbitrary enforcement by creation of very fluid standards. The distinction can be whether one believes that he or she might use the knife defensively if attacked. People v. Richards, 869 N.Y.S. 2d 731, (2008). If one so believes, then any knife in his possession is a “dangerous knife” under current New York law. The crime is having a philosophy rather than having a knife, but this “thought” crime was not established by due process, and is not discernible from a reading of the statute.

A New Jersey statute in effect in 1972 proscribed the possession of any “dangerous knife.” Two brothers convicted under this law for possession of slip-joint knives with 3½ inch blades, on appeal, argued vagueness. “Dangerous knife” was not defined and the jury was simply instructed that “dangerous knife” meant a knife that was a danger. The New Jersey Supreme Court, State v Green 303 A2d. 312 (1973) observed that the instruction was meaningless:

The trial judge should have elaborated more fully on the meaning of “dangerous knife” by giving guidelines or standards to the jury for reaching a proper conclusion. (italics supplied for emphasis)

The Court did not hold that “dangerous knife” was vague. It remanded the case for retrial and invited the trial judge to, in effect, legislate.

As originally enacted in 1905, the New Jersey law prohibited the concealed carry of – among other weapons – any knife with a blade longer than 5 inches. In 1922 the law was changed by removing the objective 5-inch blade standard and including the vague and indefinite term “dangerous knife.” After the State v Green case, the New Jersey legislature made the state knife law even vaguer by enacting 2C:39-5 (d) captioned “Other weapons” which provides:

Any person who knowingly has in his possession any other weapon under circumstances not manifestly appropriate for such lawful uses as it may have is guilty of a crime of the fourth degree.

“Under circumstances not manifestly appropriate for such lawful uses” could not be more vague. The legislature also included the term “dangerous knife” without definition in the statutory definition of “weapon.” The New Jersey Supreme Court in State v Lee 475 A3d 31 (1984) ruled that 2C:39-5 is constitutional although one Justice did dissent:

The point is that a phrase like “not manifestly appropriate” runs the risk – intolerable in a criminal statute – of wild swings of meaning. We should not undertake to justify its use in this statute by assuming that “we all know what it means.

Within the field of knife laws, vagueness issues arise in simple possession cases. The American Knife & Tool Institute (AKTI) suggests that possessory-based knife restrictions should be eschewed in favor of laws that intervene only when criminal conduct or criminal intent are present.  AKTI has, and will continue to, advocate for clarity in such knife laws. In the meantime, the suggestion seems clear that there are places where the real “danger” is to the individual in possession of the knife.

These and more knife law clarification articles can be found in Resources:
The Misunderstood Dirk
Concerning Concealment
About Statewide Preemption