AKTI Board of Regent members are actively involved in the direction and programs of the organization. They contribute personal time, expenses attending meetings, and resources from their companies. The Board of Regents meets four times a year, and board members serve as the chairs on AKTI committees that hold monthly conference meetings. 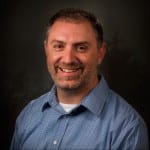 CRKT is proud to support AKTI and the common sense, collaborative approach that it uses to advance knife law reforms, promote the use of knives as tools, and educate the entire knife and tool community.

CRKT has been a Board of Regents member since 2009 and strongly believes in AKTI’s mission to ensure that Americans will always be able to make, buy, sell, own, carry, and use knives and edged tools. Born in Oregon in 1994, CRKT is an American company that for more than 25 years has put innovation and integrity first, making a commitment to build products that inspire and endure.

John Sullivan, Director of Marketing at W.R. Case & Sons  Cutlery Co. in Bradford, PA, has been involved in the knife industry for 20 years and served on the AKTI Board since 2012. John says “AKTI is vitally important to the industry, given the current political and economic pressures that face all of us as knife manufacturers.  Their good work allows a company like W.R. Case & Sons to remain a leader of hand-crafted traditional folding knives, fixed blades, and collectibles for well over a century.” He added that consumers are just as passionate about the work AKTI does in defending their legal rights as U.S. citizens to own and carry such knives.

Matt Kinamore heads up the company’s Brand Management and Marketing teams.  He is also a leader in the product development process where AOB creates the most innovative and market-leading products for the rugged outdoor enthusiast.  Across nearly every outdoor category, AOB focuses on delivering a best-in-class experience with every brand and product in the portfolio.  Kinamore commented, “At American Outdoor Brands,  our passion for the knife industry is demonstrated through the unique offerings from each of our heritage brands.  We are blessed with the opportunity to manage several of the industry’s most respected, legacy knife and tool brands, including Schrade, Uncle Henry, Old Timer, Imperial, Smith & Wesson, M&P, and Bubba.  We are proud to support AKTI, a group focused on helping build a secure future for knife and tool manufacturers as well as the American consumers who purchase them.”

Jon grew up in the knife business, learning through various positions inside and outside of Benchmade.  Jon’s innate knowledge of the family business and global perspective within the knife industry drives him to continue to lead and evolve the brand. He continues his father Les’ legacy in the knife industry and through involvement in the American Knife & Tool Institute which Les co-founded.

Chas Fisher is Boker USA General Manager. He has spent his professional career in the outdoor and knife industries. Fisher is a lifelong outdoorsman, hunter, and knife enthusiast and is committed to the AKTI mission of knife education and advocacy.  Boker unequivocally believes in the reasonable, common-sense approach that AKTI has taken to addressing knife law changes, dealing with legislators, and solving problems for knife owners and the knife industry.  Boker is a renowned manufacturer and supplier of high-quality and innovative knives. Sporting, hunting, collector, and tactical knives are made in the Solingen, Germany factory which is the largest manufacturer in Europe. 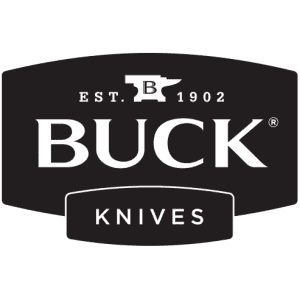 CJ is the 4th generation Buck to run the family business which was started by his great grandfather in 1902 when knives were an essential survival tool for tradesmen, hunters, ranchers, and farmers and 108 years later, knives are still an important daily piece of equipment. CJ was instrumental in orchestrating some much-needed “one-hand opening” knife legislation reform in California in the mid-’90s. That effort evolved with industry-wide support into the co-founding of AKTI. Growing up in the knife industry, CJ has watched vague and unclear knife legislation evolve over the last few decades and is highly motivated to make sure that American citizens from tradesmen to soccer moms are able to have and carry knives that facilitate their daily lives with confidence.

Gerber’s unwavering support of the AKTI reflects our commitment to serving knife and tool consumers, as well as the greater industry through communication, collaboration, and community. Gerber has been an AKTI Board of Regents member since 1998. Featuring a diverse portfolio of activity-specific knives, multi-tools, and problem-solving gear for recreational and professional end-users, Gerber is based in Portland, Oregon.

Tom Rucci is a seasoned veteran of product development in the outdoors and sporting markets and brings his product knowledge and experience to the knife community.  SOG and Cold Steel proudly support AKTI, whose important collaborative education and advocacy programs bring tremendous value to all who make, sell, or use knives in America.  For over 70 years, the GSM family of brands has been helping passionate hunters and shooters succeed through innovation and the manufacture of high-quality, reliable products that continue to prove themselves at home, in the field, and on the range. GSM Outdoors continues to leverage the latest technology and provide customers with the best products on the market.

Jan Billeb has over 30 years of experience in nonprofit association management and has been involved with AKTI since the organizational groundwork was laid in 1997. She enthusiastically believes in the importance of associations in advancing American values and helping American businesses thrive and grow.

Dan Lawson is an attorney and knife expert who has contributed a tremendous amount of time to the American Knife & Tool Institute, formerly with the law firm of Meyer Darragh Buckler Bebenek & Eck, P.L.L.C, and now as an independent attorney at law.  Several documents on the AKTI website were authorized by Dan, including the knife laws of the 50 states and D.C., AKTI approved knife definitions, and the AKTI industry knife measuring protocol. He participates on the Legislative Committee and advises on legislative wording and initiatives.  Dan has been a life-long knife fan, making knives at an early age, as well as an active hunter, shooter, and outdoorsman.

As the founder and owner of Benchmade Knife Company, Les de Asis showed many years of dedication to the knife industry. He was the co-founder of the Pacific Northwest Defense Coalition (PNDC) and co-founder of the American Knife & Tool Institute (AKTI). Les’ undying passion for continual innovation and dedication to excellence has earned him enormous respect in the knife industry and beyond. In 2017, Les de Asis was inducted into the Cutlery Hall of Fame.

We greatly miss his input and support at AKTI.  Les de Asis – A Great Loss