This article appeared in Knife Magazine in April 2021. 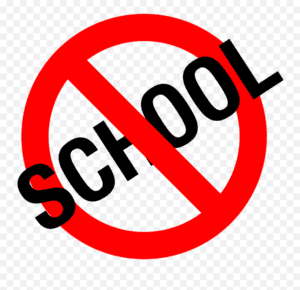 The American Knife & Tool Institute (AKTI) occasionally receives calls from parents of a student facing disciplinary action or legal sanction because they possessed a knife on school grounds.  In almost all instances, there was a significant lack of recognition of the nature of the restriction.

State laws applicable to knives on school grounds are in force in essentially every state, although wide variation exists as to what is restricted.  It is recognized that school-aged children have not reached emotional maturity and may lack the discretion to operate motor vehicles, vote, carry weapons, and enter into certain binding contracts.

Children also need our sound guidance and attention, as evidenced by the case of In re Welfare of C.R.M. 611 N.W.2d 802 (2000), decided by the Minnesota Supreme Court.  The lead teacher conducted a daily “contraband check” at an Anoka County Minnesota Juvenile Day School on a Monday in November.  This procedure involved checking student coats hanging in the hallway.  A folding knife was discovered in a coat by a student assisting the lead teacher, and, per protocol, the teacher proceeded to the nearest classroom and asked who owned the coat.  The 15-year-old minor (C.R.M.) immediately identified the coat as his.  When confronted with the fact of the existence of the knife, he stated, “Oh man, I forgot to take it out.  I was whittling this weekend.” The county police were summoned, and the minor was charged with a felony.

At the trial, the teacher testified that the minor was cooperative and that when shown the knife, his response was “spontaneous” and “believable.” The trial judge remarked that he believed the student brought the knife to school “accidentally” but found him guilty with the statement that:

“Mens rea” is legalese for intent or malice aforethought.  To “take it up” means to seek review by an appellate-level court.  In this case, the Court of Appeals of Minnesota (an intermediate-level court) affirmed the conviction, reasoning that the minor had a duty to know whether the knife was in his coat pocket and failed to do so.  The Minnesota Supreme Court reversed the conviction holding that the prosecution must prove that the minor defendant knew that he had the knife:

We observe that knives as common household utensils are clearly not inherently dangerous, as they can be used for a myriad of completely benign purposes–for example, peeling an orange or sharpening a pencil–and are certainly not as inherently anti-social as illegal drugs and hand grenades.  Moreover, mere possession of something that may fit the statutory definition of “dangerous weapon”–for example, a paring knife or scissors–would not create a level of panic, even on school property, that a “reasonable person should know [possession] is subject to stringent public regulation. . .

Thus we conclude that in light of our jurisprudential history requiring clear legislative intent to dispense with proof of mens rea and our heightened concern when it relates to felony level crimes, and because we believe the nature of the weapon here–a knife–was not so inherently dangerous that appellant should be on notice that mere possession would be a crime, respondent was required to prove that appellant knew he possessed the knife on school property as an element of the section 609.66 offense charged.

In re Welfare of C.R.M. is not an outlier.  It is a typical fact pattern presented in parents’ inquiries directed to AKTI.  School students forget or overlook that they have a knife in a backpack or pocket.

Nick R. was a 16-year-old high school student who worked after school hours at his father’s furniture store in Taos, New Mexico.  Along with other employees, he was supplied with a pocketknife for opening boxes at work.  He forgot the knife was in his pocket:

One day in his math class, Nick R. felt something in his pocket and pulled it out to look at it.  It was the pocketknife he had been using at work the evening before while wearing the same pair of pants.  His math teacher spotted him “messing around” with the unopened pocketknife underneath his school desk, confiscated it, and turned it over to school authorities.

Nick R. was suspended from school pending an administrative review and then was reinstated after the Superintendent determined that the possession was accidental.  The Superintendent also implemented a change to the School Behavior Policy and Student Handbook such that possession of any knife would be subject to school disciplinary action.  (Such measures were already in place in the Santa Fe and Albuquerque school districts.)

Some three months later, the State of New Mexico filed a delinquency petition asserting that “Nick had committed a delinquent act under the Children’s Code, on the theory that he had committed an offense that would have been a fourth-degree felony if committed by an adult.” This delinquency action was prosecuted with a degree of vigor disproportionate to the menace to society Nick presented.  The State asserted two pre-trial motions seeking to have declared as a matter of law – and not for consideration by the jury – that the knife was a “deadly weapon” and that Nick’s lawyer would be precluded from arguing lack of criminal use or intent.  These motions were granted, and the rulings became the basis for review by the New Mexico Supreme Court State v.  Nick R. 218 P.3d 868 (2009), which reversed and remanded:

If we were to hold that a pocketknife is a per se deadly weapon, it would mean a person who carried one at work, on a fishing trip, or virtually anywhere else would commit the criminal offense of carrying a deadly weapon, in violation of Section 30–7–2.  It would increase that statute’s potential six-month penalty to a potential jail sentence of up to a year if the defendant took a bus to work while carrying the pocketknife, under the provisions of Section 30–7–13.  And in this case, if Nick’s father had gone to pick his son up at school or had gone to a parent-teacher conference with his own utilitarian work knife in his pocket, he could have been imprisoned and lost his civil rights for the felony of carrying a deadly weapon on school premises, under the terms of the same statute that was applied to Nick below.

The above hypothetical regarding Nick’s father attending a parent-teacher conference became a reality in the 2007 case Commonwealth v. Goslin 156 A3d 314 in Pennsylvania, where an elementary-level student was suspended for three days after bringing a pocketknife to school.  A meeting was arranged to occur at the school to discuss the matter with the student’s parents.  Andrew Goslin, the student’s father, arrived at the meeting directly from his job as a carpenter.  Not unexpectedly, he routinely carried a pocketknife.

The Court’s reported decision reveals that:

During the meeting, [Goslin] removed the knife from his pocket and placed it forcefully on a conference table around which the meeting attendees were seated and asked whether he would be arrested.

Some ten days later, Goslin was charged with § 912 Possession of a Weapon on School Property and § 2706 Terroristic Threats.  The latter provides:

A person commits the crime of terroristic threats if the person communicates, either directly or indirectly, a threat to:

(1) commit any crime of violence with intent to terrorize another;

(2) cause evacuation of a building, place of assembly or facility of public transportation; or

In the absence of any evidence of a communicated threat, the § 2706 charge was dismissed before trial.  Goslin was found guilty on the possession charge and sentenced to probation for one year.  On appeal, Goslin argued that the trial court improperly construed the affirmative defense, which provided:

It shall be a defense that the weapon is possessed and used in conjunction with a lawful supervised school activity or course or is possessed for other lawful purpose.

The Court had ruled that “possessed for other lawful purpose” required that the use be related to a lawful, supervised school activity.  Goslin asserted that he used the knife:

not only at work as a carpenter, but also to sharpen pencils, whittle sticks with his sons, and “open tuna cans when my wife forgets to pack me a tuna can opener.”

The Appeal Court properly observed that Goslin possessed the knife for other lawful uses he described and that there was no requirement in the statute that the uses must be concurrent with some school activity.

The cases discussed above regarding Mr. Goslin and minors C.R.M. and Nick R. were ultimately resolved favorably to those charged, under circumstances where the possession was clearly inadvertent.  In each instance, the resolution required a review and action by an appellate court, which is a costly and stressful experience.

In 2021, some 5,972 individuals – presumably adults – forgot or overlooked the fact that they had a handgun in a “carry-on” bag as they entered the T.S.A. screening point at an airport in this country.  Similarly, T.S.A. has confiscated thousands of knives and has become a major purveyor as it routinely conducts auction sales of confiscated knives.  It seems unlikely that this number of people intended, or expected, to pass through the T.S.A. screening process with a firearm or a knife.  Instead, they were distracted by the demands of travel plans, smartphones, and the urgencies of life in this post-hunter-gatherer world.  They simply forgot in much the same way as C.R.M. and Nick R.

AKTI is not suggesting that school students should have unrestricted access to knives or that people traveling by air with firearms should not be required to place such items in checked baggage.  Individuals discovered with a knife at a T.S.A. screening rarely face criminal charges.  Rather, under the current T.S.A. Enforcement Guidance Policy, a monetary civil penalty in the range of $360 to $2,090 is imposed.  Determinative factors include “whether the violation was inadvertent, deliberate, or the result of gross negligence.”

AKTI is dedicated to keeping knives in American lives.  Those of us in the knife community routinely carry a knife as a convenient tool.  We must remind ourselves and those of tender years in our care that the consequences of inadvertence extend beyond safety.  Reliable, regularly updated knife laws can be found on the AKTI website stateknifelaws.com.