Exercise Caution When Traveling With a Knife

(Follow the American Knife & Tool Institute’s efforts protect knife users traveling from state to state with introducing the federal Interstate Transport Act.  The burden on knife users of trying to know, understand and comply with complex, overlapping laws and legal authorities will be replaced by reasonable protections.)

There is simply no way to guarantee that you will be able to legally carry your knife when traveling because of the patchwork of state and local laws.  A bit of preparation can help, but given the state of the law in 2017 it is often wise to ship knives instead of traveling with them.

This is not legal advice.  It can’t be because of the vast number of legal considerations.  These are tips for knife carrying travelers.  If you have legal questions, ask a lawyer.

Imagine a trip from one city in one state to another.  Boston, Massachusetts to Providence, Rhode Island, for example.  In this single trip of about 50 miles, a knife owner will be subject to no fewer than six different sets of laws regarding knife carry: 1) Massachusetts laws; 2) Boston ordinances; 3) ordinances of cities and towns passed through on the trip; 4) Rhode Island laws; 5) Providence ordinances; and 6) federal laws.  As such, before you travel you should check all of the laws and ordinances of the departure state and city, any pass through states and cities, and the arrival state and city, as well as federal laws regarding knife carry.

If you travel between states or into federal facilities (such as a federal court, post office, or military base) you subject yourself to federal jurisdiction.  Committing a crime while subject to federal laws and carrying a knife can have extremely severe consequences.  Federal crimes are punished according to sentencing regulations and those regulations treat carrying a knife very disfavorably.  You may receive extra punishment for carrying a knife while committing a federal crime.  Additionally you may be ineligible for sentence reductions and other safety valve reductions for first time or minor offenses.

AKTI and others have been instrumental in reforming knife laws on the state level and a growing number of states now have “preemption” laws.  In a state with preemption laws, the state law automatically replaces all local ordinances.  So if a knife is legal to carry in one part of a state, it is legal in every part of the state regardless of local town or city ordinances that have not been revoked.  Check out our list of states with preemption laws. 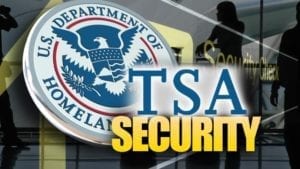 Air travel is very restrictive and policy is set by both the federal government through the TSA and individual airline policies.  First, by passing through security checkpoints you are consenting to a search of your person.  By putting bags in the luggage handling system you are deemed to have consented to a search of them as well.  TSA regulations and a variety of laws prohibit all knives in carry on luggage or on your person.  Knives are allowed in checked luggage.  Be sure to secure blades of folders and sheathes on fixed blades.  If you are carrying expensive knives consider a padded case or a knife roll.  Finally, as a precaution, it may be worthwhile to buy a TSA lock, inform the airline of the knives in your stowed luggage, and request a search in your presence.

Never try to “slip” a knife through a security checkpoint.  This is very severely and regularly punished.  If you have a knife and forget about it until the security checkpoint, TSA policy will let you: 1) return it to your vehicle; 2) return to the counter and check the knife in your luggage; 3) forfeit it to TSA; or 4) mail it.  It may be worthwhile to include a padded self addressed mailer in your carry on travel gear just for this occasion.  Most airports have mailboxes near the security checkpoint for this very reason.

Traveling by Rail and Bus 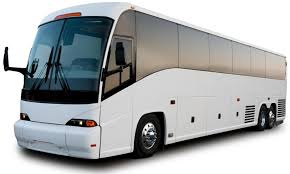 Rail travel is very restrictive of knife carry.  Amtrak, for example, bans knives completely.  They are not allowed on your person, in your carry on, or stowed luggage.  Generally speaking this policy is not as strictly enforced as the TSA policies, but its lack of enforcement does not mean the laws and regulations don’t exist.  Greyhound allows knives in stowed luggage but not on your person or carry on.  Always be sure to double check the regulations of the company you are going to use. 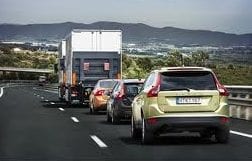 Even in your own vehicle there can be some peril traveling with a knife.  In addition to all of the legal authorities mentioned above, in many states cars can be more easily searched by police than your home or person.  Furthermore, traveling from state to state can expose you to federal legal authority.  Finally, if stopped or arrested, it is possible that your car could be searched without a warrant, depending on the state.

FEDEX has no specific prohibition on knife carry, but its corporate policies ban shipping items that are illegal in the arrival location.  UPS and DHL have no restrictions.  Remember that dealing with corporate policies is different than legal authorities.  Private companies have virtually no limitations on their ability search your packages.  Check their websites for their current policies.

New York City’s “gravity knife” ordinance is one of the most restrictive and widely applied laws regarding knife carry in the US.  Tens of thousands of people have been charged with gravity knife offenses in the last decade.  First time offense can result in serious penalties and a second offense can be a felony.  Given the current interpretation of the law, almost all folders count as gravity knives.  Finally, data collected by media and legal sources show that the gravity knife law is very aggressively applied and enforced by police.  Given this law, it is, unfortunately, probably not worth carrying a knife New York City.

This article was written by Anthony Sculimbrene, Esq., a New Hampshire criminal defense attorney who worked for 12 years for the New Hampshire Public Defender and has extensive trial experience.  He is an avid outdoorsman, blogger and contributes legal expertise to the American Knife & Tool Institute compliments of Microtech.