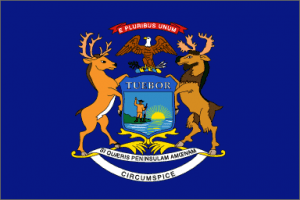 The American Knife & Tool Institute (AKTI) today applauded the House Judicary Committee’s passage of Michigan Senate Bill 245, a bill to ensure better laws and protections for law abiding citizens carrying an automatic knife. SB 245, which will also create a more consistently enforceable law for police and prosecutors in the state, has passed the Senate, and now proceeds for a vote on the House floor. The bill passed the House Judiciary Committee with overwhelming support shown in its 9-1 vote.

Under current statute, M.C.L. 750.226(A) criminalizes the sale or possession of a switchblade (herein after referred to as an automatic knife) as “any knife having the appearance of a pocket knife, the blade or blades of which can be opened by the flick of a button, pressure on a handle or other mechanical contrivance.” It should be noted that the exemptions to this provision include “any one-armed person carrying a knife on his person in connection with his living requirements,” law enforcement, corrections officers and military personnel. Additionally, this same section of the Michigan Penal Code codifies that an individual in possession of an automatic knife shall be guilty of a misdemeanor.

SB 245 will strike section 226(a), making it legal to carry knives wherein “the blade or blades of which can be opened by the flick of a button.”

“We are extremely pleased to see SB 245 make its way toward passage and law,” said AKTI’s Executive Director, Jan Billeb. “AKTI believes that Michigan’s outdated laws have needed reform for quite some time, and we’re thrilled to see the State Police take the lead on advocating for reform that benefits both the State and its citizens. SB 245 is a common sense law that will ensure the rights of law-abiding tradesmen, hunters, veterans, and all citizens are better protected. We thank the State Police for leading the initiative, and Senator Rick Jones for introducing the legislation.”

According to the House Fiscal Agency, SB 245 “…could result in a decrease in costs for local units of government related to county jails and/or local misdemeanor probation supervision.” Additionally, the Senate’s fiscal evaluation states, “[SB 245] could have a positive fiscal impact on local government to the extent that violations of Section 226a are currently prosecuted.  Any reduction in misdemeanor arrests and convictions could reduce resource demands on law enforcement, court systems, community supervision, and jails.”