AKTI Member Blue Ridge Knives Was Crucial to this Success 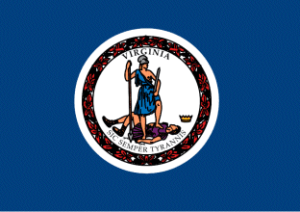 “I am very pleased to say that another state has eliminated its laws prohibiting automatic knives,” said CJ Buck, Legislative Chair of the American Knife and Tool Institute.  “There was some great on-the-ground work by AKTI member Blue Ridge Knives to ensure this thoughtful piece of legislation went through.  They deserve a lot of credit for championing the initiative.”

More than a dozen states never made automatic knives illegal back in 1958, after the federal government banned interstate commerce of automatics.  Since 2020, there have been 19 states, including Virginia, that have removed the archaic limitations.  AKTI has long advocated that how a knife deploys, from a legal standpoint, is a distinction without a material difference.  An automatic knife is just another one-handed opening knife, and that utility can be essential in certain circumstances.

The full text of the Virginia bill can be found HERE.

Buck reached out to Alex Martin, son of Phil Martin of Blue Ridge Knives in Marion, Virginia, to congratulate him on his efforts and success in this victory for the knife community.

Buck:  What prompted you to take this on, and what was the basic timeline?

Martin:  Blue Ridge wanted to buy and sell automatics, and we started work on this bill in 2019, knowing several previous efforts had failed.  We felt Virginians were ready to take a step to exercise common sense and protect personal liberty.

Buck:  What were highlights or lowlights during the process?

Martin:  What resonated with me was getting unanimous approval in the Senate, passing the bill with 40 “yes” votes and not a single “no,” while the House passed the bill easily 96-3.  It was heartening to see the overwhelming bipartisan support.

Buck:  Are there any kudos you want to hand out?

Martin:  We want to thank Senator Todd E. Pillion and Marianne Radcliff of Kemper Consulting.  Legislation can be a really tedious process, and this would not have happened without their tireless support.

Buck:  What sense do you have of the political landscape in Virginia pertaining to knives and our industry?

Martin:  The success of this legislation shows knives are viewed favorably in Virginia.  Virginia is open for business and anxious to provide economic opportunities for our communities.

Virginia Knife Laws (will be updated after the law becomes effective July 1, 2022)