Know Your Knife Laws – The Other Part of the Iceberg

It is prudent for those in the knife community to be aware of the aspects of knife law that often escape our attention.  While many of us might know what styles or blade length may lawfully be carried in the state in which we live, the consequences of even a simple possession violation can be far more profound than what is perceived.

Almost 41 million U.S. drivers are issued speeding tickets yearly.  For most, such a citation is the extent of our experience and exposure to the system that metes out punishments for transgressions of the rules.  Typically, the entire process involves 15 minutes stopped along a highway and then mailing a check along with a signed copy of the citation.  Traffic violations are usually classified as summary offenses.  There is neither social stigma nor collateral consequences apart from “points’ assessed against one’s operator’s license with very rare exceptions. 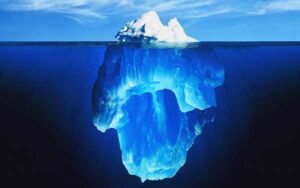 Violations of knife laws are usually misdemeanors, although simple non-aggravated possessory violations can be a felony in some states.  The criminal justice system handles these offenses in a much more stringent manner, and long-term or permanent consequences attend.

In April of 1986, one Terry Freeman was driving in New York State when a law enforcement officer stopped him.  Freeman had a “billy” in his vehicle and was charged with a violation of N.Y.  Penal Law § 265.01 captioned “Criminal possession of a weapon in the fourth degree.” This section also applies to various knives, including a “dangerous knife” which according to the law of that State:

maybe a common utilitarian knife unmodified or not designed as a weapon, but nevertheless deemed dangerous by reason of the circumstances of possession and/or the ‘context of activity’.

Freeman pleaded guilty.  Some 22 years later, he lived in Pennsylvania and held a CCW license issued by the Westmoreland County Sheriff.  Presumably, the appropriate investigation, including the required determination that his “character and reputation are such that the applicant will not be likely to act in a manner dangerous to public safety,” had been conducted.  In April of 2008, Freeman was in the process of purchasing a firearm from a sporting goods store when the “instant” background check detected the 1986 “billy” conviction (which could have easily arisen from possession of a common utilitarian knife deemed dangerous under the pliable “circumstances or context” aspect of N.Y. law).

The primary knife restriction in Pennsylvania is §908 captioned “Prohibited Offensive Weapons.” It is a misdemeanor under this section to possess:

Any bomb, grenade, machine gun, sawed-off shotgun with a barrel less than 18 inches, firearm specially made or specially adapted for concealment or silent discharge, any blackjack, sandbag, metal knuckles, dagger, knife, razor or cutting instrument, the blade of which is exposed in an automatic way by switch, push-button, spring mechanism, or otherwise, any stun gun, stun baton, taser or other electronic or electric weapon or other implement for the infliction of serious bodily injury which serves no common lawful purpose.

The problem for Mr. Freeman was that Pennsylvania law §6105 provides that anyone who is convicted of violating §908 or a similar statute in another state,

Freeman was barred from making the purchase, and his CCW license was revoked as a collateral consequence.  He sought relief through the courts, Freeman v. Pennsylvania State Police, 2 A3d 1259 (2010) per the procedure authorized, but his request was denied.  The decision by the court did not suggest that Freeman had committed other violations or that evidence of a likelihood to act in a manner inconsistent with public safety had been offered.

The collateral consequences of a knife law violation are comparable to the part of the iceberg unseen beneath the surface of the water; the monetary fine and period of confinement are merely the tip of that iceberg.  A National Inventory of Collateral Consequences of Conviction is available online and is funded, in part, by the Department of Justice.  Its website, https://niccc.nationalreentryresourcecenter.org, states:

Collateral consequences are scattered throughout state and federal statutory and regulatory codes and can be unknown even to those responsible for their administration and enforcement. There is often a lack of coordination in different sections of state and federal codes, which makes it difficult to identify all of the penalties and disabilities that may be triggered by a particular conviction.

This resource was deemed necessary in “recognition of the rapid proliferation of collateral consequences and the increase in the number of people affected by them.” It provides information for all types of convictions.

Collateral consequences typical in knife law convictions almost always include the loss of the knife.  In the case of a weapons violation, the item is seized and retained by the state.  If a conviction results, the item is forfeited.  That it might be a high-value, collectible knife or one of sentimental value is of no consequence.  The judge presiding typically has no discretion regarding the disposition of the item.

None of the six listed options allow for the return of the item to the defendant.  If the defendant stole the item, the rightful owner may petition the court if they had been unlawfully deprived of the item without consent.

Weapon convictions often result in a disability such as that experienced by Mr. Freeman mentioned above.  A person convicted may be ineligible to possess a firearm for a period of years, if not permanently.  They may also be restricted from carrying a knife or certain knives.  A New York statute §265.02 “criminal possession of a weapon in the third degree” – a felony – provides that it is unlawful for one who has been convicted of any crime to possess certain knives including a “dangerous knife” which can be any knife as discussed above.

In some states, the simple unaggravated possession of certain knives constitutes a felony.  In Connecticut, it is a Class E felony per § 53-206 to carry on one’s person any knife with the edged portion of the blade being 4 inches or more in length.  The Delaware statutory definition of “deadly weapon” in § 222, “General definitions” excludes “ordinary pocketknife”. . . a folding knife having a blade not more than 3 inches in length” from the definition of a deadly weapon.  Carrying a folding knife with a blade three and ¼ inches, for example, could constitute a felony.  Maryland, Massachusetts, Michigan, and the District of Columbia are jurisdictions where simple possession of the wrong knife is also a felony.  Possession of a knife on school grounds is classified as a felony in many states.

A wide array of adverse collateral consequences from a knife law violation are likely.  Individuals whose livelihood involves holding a professional license, such as lawyers, doctors, real estate appraisers, nurses, or school teachers, may lose licensure.  This consequence might happen if the offense is a misdemeanor, and it is almost certain if the crime is a felony.  A misdemeanor conviction can adversely affect adoption or child custody issues.

Private sector or non-governmental adverse consequences are also likely.  Employers and landlords often obtain “background checks” which reveal criminal convictions.  A knife conviction will appear as a conviction for “Carrying a Prohibited Weapon,” “Criminal Possession of a Weapon,” or “Prohibited Offensive Weapon,” leaving the applicant attempting to explain that it was only a pocketknife.

Felony convictions carry profound collateral consequences, including losing the right to vote and hold various public offices and the right to own firearms.

The mission of the American Knife & Tool Institute (AKTI) is to educate, promote and inform.  We believe that individuals should be aware of knife laws, which includes an awareness of the consequences of violating those laws.  Informed citizens are better equipped to communicate with their legislative representatives about how laws to promote public safety must be appropriately focused.  Well-informed citizens might not agree that arbitrary restrictions on the length of the pocketknife blade should trigger a felony conviction and the draconian collateral consequences which attend.

The Pennsylvania statute §908 mentioned above is an example of an unfocused law.  Knives are among man’s earliest tools.  The universe of lawful uses is unlimited.  The efforts of AKTI have resulted in the introduction of H.B. 1929, a bill that seeks to remove the automatic knife prohibitions from §908.  Hopefully, this will become law in the coming year.

On our website find updates on the progress of Pennsylvania H.B. 1929, and other legislative initiatives of the American Knife & Tool Institute, laws in all fifty states and Washington, D.C., and more informative articles.  Support the organization that represents the knife community by sharing our social media posts, contributing, or joining.