A complicating factor when deciding whether, and how, a certain knife may be carried is the existence of multiple layers of legal restriction or “law.” In the United States, we have various levels to include federal, territorial, Indian Country, state, and “local.” Governing bodies have differing roles. 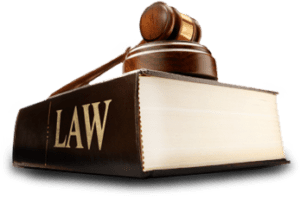 The U.S. federal government came into being as an effort to establish a “more perfect union.”  The Tenth Amendment to the U.S. Constitution provides that “powers not delegated to the United States by the Constitution, nor prohibited by it to the States, are reserved to the States respectively, or to the people.”

The “powers” delegated to the federal government listed in Article 1 Section 8 of the Constitution include, among other things, regulation of commerce with foreign nations and among the several states, fixing a standard of weights and measures, establishing post offices, and declaring war.

The powers prohibited by the Constitution are described in Amendments One through Eight. Prohibitions include, among other things, “abridging the freedom of speech,” infringement of the right to keep and bear arms, conducting unreasonable searches and seizures, and imposing cruel and unusual punishments. Amendment Nine essentially provides Amendments One through Eight are not the exclusive or complete listings of rights “retained by the people.”

The opposite end of the legislative spectrum is local government, which has the role of administering cities, towns, villages, or other political subdivisions. Local ordinances are enacted to provide for numbering buildings and regulating where motor vehicles may be parked. Obviously, one size does fit all; and, at the lower levels of government, it is desirable that regulations be more tailored to the locality.

For instance, Canton, Ohio, ordinance §501.06 provides that the “owner or harborer of any pony or horse shall not house it within seventy-five feet of the nearest dwelling, and shall keep such animal tethered so that it cannot roam within seventy-five feet of the nearest dwelling.” The same ordinance provides that with goats the distance is increased to one hundred feet. The citizens of Canton presumably have a cogent explanation for the restriction in their city, including why the additional twenty-five feet is needed for goats. The Ohio State Constitution provides that municipalities may “adopt and enforce within their limits such local police, sanitary and other similar regulations, as are not in conflict with general laws.”

Preemption law refers to the “conflict” or overlap between higher and lower laws in the multiple layered arrangement mentioned above. Preemption occurs when a higher level (state) precludes the lower level (municipality) from enacting or enforcing restrictions on a particular issue.

Municipalities across the country have enacted knife restrictive ordinances that are incongruent with general state law.

Michigan repealed its statewide automatic knife restriction effective October 2017, but a Detroit ordinance restricts such knives. Michigan law does not limit knives on blade length, although its capital city of Lansing has a blade length restriction applicable to any knife with a blade exceeding three (3) inches.

Automatic knives are unlawful per Denver ordinance § 38-119, but are not restricted by Colorado state law. It is not a violation of Colorado state law to carry a knife with a blade less than three and a half (3-1/2) inches in length as long as it is concealed. Ordinances in the Colorado cities of Boulder and Colorado Springs restrict the concealed carry of any knife in a concealed manner. It is similarly unlawful to display a knife in these cities in a manner that intimidates, threatens, alarms, or frightens another.

Pennsylvania law restricts automatic knives but almost all other knives may be carried concealed or carried openly. A Philadelphia ordinance, 10-820, makes it unlawful to possess any knife in public unless it is commonly used in a trade or profession and is being used in the “active exercise” of that trade or profession.

Preemption problems for the knife community are not limited to conflicting state and municipal laws. It appears that in California coordination between state and local laws is also problematic.

California state law provides that it is unlawful to carry a dirk or dagger in a concealed manner. California state law also expressly provides that a knife worn openly in a sheath is deemed not concealed.  The City of Los Angeles ordinance §55-10 makes it unlawful to openly carry any dirk or dagger unless the blade is less than three (3) inches in length. In the absence of preemption, the combination of state and local law yields a significant level of restriction and opportunity for confusion.

The above examples are not an exhaustive list of states and municipalities with inconsistent knife restrictions. About half of the states do not preempt local regulation of knives. Statewide preemption is typically based on a state statute or the state Constitution.

Statutory-based preemption is probably more explicit. The Wisconsin statute 66.0409 which establishes statewide uniformity for laws regarding firearms and knives also provides protection against pretextual “disorderly conduct” prosecutions deriving from the innocent possession of a knife:

Unless other facts and circumstances that indicate a criminal or malicious intent on the part of the person apply, no person may be in violation of, or be charged with a violation of, an ordinance of a political subdivision relating to disorderly conduct or other inappropriate behavior for loading a firearm, or for carrying or going armed with a firearm or a knife, without regard to whether the firearm is loaded or the firearm or the knife is concealed or openly carried. Any ordinance in violation of this subsection does not apply and may not be enforced.

The right of every citizen to keep and bear arms in defense of his home, person, or property, or in aid of the civil power when thereto legally summoned, shall not be called in question, but the Legislature may regulate or forbid carrying concealed weapons.

In the case of Ward v Colom 253 So3d 265 (2018) the Mississippi Supreme Court invalidated a local order regarding the state enhanced CCW: The rationale of the ruling would apply to non-firearm weapons as well.

The New Mexico State Constitution precludes any county or municipality from regulating in any way an incident of the right to keep and bear arms.

The Federal government invoked its power to regulate commerce among the states in passing the Federal Switchblade Act. 15 U.S.C. §1242 provides that it is unlawful to introduce or manufacture switchblade knives for introduction into interstate commerce. This is the only aspect of the “Switchblade Act” that preempts state law. In 1958, at least, the U.S. Congress was more observant of its limited powers and did not attempt to regulate the sale or possession of such knives except where it had the authority to do so. 15 U.S.C. §1243 provides:

Whoever, within any Territory or possession of the United States, within Indian country (as defined in section 1151 of Title 18), or within the special maritime and territorial jurisdiction of the United States (as defined in section 7 of Title 18), manufactures, sells, or possesses any switchblade knife, shall be fined not more than $2,000 or imprisoned not more than five years, or both.

“Special maritime and territorial jurisdiction” applies to, among other things, a U.S. based vessel on the “high seas” or on a “Great Lakes” voyage. It also applies to:

Any vehicle used or designed for flight or navigation in space and on the registry of the United States pursuant to the Treaty on Principles Governing the Activities of States in the Exploration and Use of Outer Space, Including the Moon and Other Celestial Bodies and the Convention on Registration of Objects Launched into Outer Space, while that vehicle is in flight, which is from the moment when all external doors are closed on Earth following embarkation until the moment when one such door is opened on Earth for disembarkation or in the case of a forced landing, until the competent authorities take over the responsibility for the vehicle and for persons and property aboard.

Leave your automatic knife behind (at least for now) before any spaceflight!

AKTI’s website provides information regarding those states with a knife or weapon preemption statute or recognized Constitutional preemption at About Statewide Knife Preemption.

AKTI is committed to the elimination of conflicting and incongruent restrictions on knives which derive from a multi-tiered system of governance by initiating and supporting knife preemption laws. Restrictions on essential tools such as knives should be minimal and limited in scope as to what is genuinely necessary.

Check out State Knife Laws where you live, work and travel.
Sign up to Stay Informed with AKTI emails.
Not a member?  Join Today.

#KnowYourKnifeLaws - HAWAII - It is a misdemeanor to carry a dirk or dagger or to have such a knife in one’s automobile or to simply possess an automatic knife or butterfly knife.#AKTI #HAWAIIKnifeLaws #CarryWithConfidence #StateKnifeLaws ... See MoreSee Less