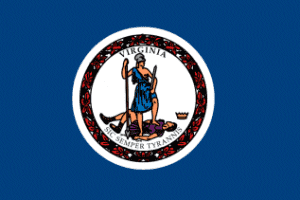 The American Knife & Tool Institute (AKTI) today announced the passage of HB 1432/SB 1347 by the Virginia House and Senate Committees on Courts of Justice. The legislation, conceived by AKTI and sponsored by Delegate Lee Ware, R-65, and Senator Bryce Reeves, R-17, will reform current state laws to authorize any person to carry an automatic knife concealed when such knife is carried for the purpose of engaging in a lawful profession or recreational activity the performance of which is aided by the use of an automatic knife. The bill also removes automatic knives from the list of weapons for which selling, bartering, giving, or furnishing is a Class 4 misdemeanor. The legislation now moves to the House and Senate floor for votes the next few weeks.

“Ensuring that the Code of Virginia provides for the safety of the public, while not impinging on the rights, and needs, of law-abiding citizens is one of the most important obligations entrusted to a member of the General Assembly,” said HB 1432’s sponsor, Delegate Ware. “I am pleased to be patron of House Bill 1432, I am grateful for the indispensable assistance of AKTI in preparing and securing Committee passage of the bill, and I look forward to advocating for full passage of the bill during the 2017 General Assembly.”

“We are extremely pleased to see HB 1432 and SB 1347 pass the Courts of Justice Committees, and look forward to the bill passing the House of Delegates and the Senate in the near future,” said AKTI’s Executive Director, Jan Billeb. “We have worked closely with Delegate Ware and Senator Reeves on this bill, and are thankful for his leadership on the issue.”

“Delegate Ware and Senator Reeves are true champions of responsible knife owners in the Commonwealth of Virginia,” said AKTI President CJ Buck. “We are also grateful to Chairman Rob Bell, R-58, Chairman Obenshain, R-26, for his support in passing the bill. Finally, AKTI wants to thank Knife Rights and the Virginia Citizens’ Defense League (VCDL) for extending their support of the legislation.”