ALERT – The TSA decision regarding allowing knives on airplanes was put on hold and later rescinded.

The American Knife & Tool Institute (AKTI) was instrumental in working with TSA to allow this policy change to become a reality. “As the knife and tool industry association, we were very pleased to work with the TSA on these revisions to ease the restrictions for all Americans carrying essential and valuable tools when they travel,” noted Jan Billeb, AKTI Executive Director. “This has been a long time in the process and it was very exciting to get the call from TSA that it was actually going to happen,” she added.

Effective April 25th, the agency will permit knives with blades shorter than 6 centimeters (no longer than 2.36 inches) and narrower than 1/2 inch at the widest part. (Bats and other sporting sticks will also be allowed onboard as carryons.) TSA staff told AKTI that the restrictions could not be immediately effective in order to allow personnel training time to avoid problems at security checkpoints.

Detailed diagrams of allowed and prohibited knives can be seen in Resources under Traveling With a Knife on the AKTI website, on the TSA website, or in this TSA document. 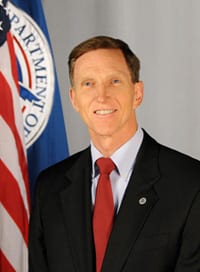 TSA Administrator John Pistole made the announcement in Brooklyn at the AVSEC World Conference. He noted that allowing these items onboard would allow screeners to focus on the highest priority threat—non-metallic explosive devices. Valuable TSA resources will be used where most needed and passengers will not be inconvenienced or have to voluntarily abandon their Swiss Army or other small pocket knife.

Guidelines for small pocket knives on airplanes will align the TSA Prohibited Items List with the International Civil Aviation Organization’s (ICAO) Prohibited Items List, a policy change that that has been pushed for several years by the American Knife & Tool Institute, industry leaders including Swiss Army and Leatherman, and supportive members of Congress. 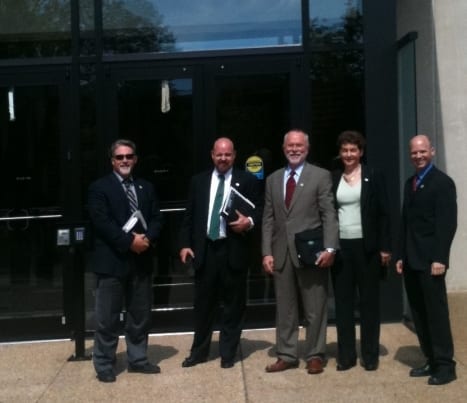 During the meeting with AKTI, TSA officials were impressed by the efforts of the nonprofit association to educate its members and the public about the current regulations, including distribution of thousands of AKTI luggage tags in the past years reminding people they could travel with their knives as long as they were placed in checked luggage. “Our meeting was an open and excellent exchange of understanding regarding the issues the TSA faces and the concerns of our organization representing the knife community and travelers in general,” stated CJ Buck, President of Buck Knives.

“While the knives TSA will allow on airplanes starting April 25th are somewhat limited,” acknowledged Rod Bremer, President of Columbia River Knife & Tool, “this is a huge step in the right direction for all knife owners and recognition that knives are crucial tools for Americans whether at home or traveling. Being consistent with international guidelines means international travelers will understand and be able to easily comply when traveling to the U.S.” “TSA should be commended for their continued efforts to enhance their abilities to keep travelers safe by spending more precious screening time looking for dangerous materials while relaxing restrictions on simple tools like a pocket knife.”

AKTI President Bill Raczkowski expressed thanks not only to the TSA for listening to the American Knife & Tool, but also noted that “John Larkin, AKTI’s Legislative Counsel, should be commended for his efforts in coordinating TSA meetings and we thank Jan Billeb, AKTI Executive Director, for all her efforts working with AKTI members and TSA to help make this a reality.

“We cannot thank Swiss Army and Leatherman enough for the groundwork they laid lobbying their congressional representatives to encourage this change,” Billeb responded. “At their request, early in 2010, the American Knife & Tool Institute provided letters to key legislators to encourage TSA adoption of the fairly recent changes to the ICAO policy that allowed knives.”

In 2005, in a letter to then Administrator Edmund S. Hawley, AKTI began the dialog with TSA requesting re-evaluation of the regulations that prohibit passengers from carrying knives onboard commercial airlines. The organization also pointed out the needless harm done to the United States knife industry over such prohibitions that did not address legitimate aviation security issues raised.

“AKTI will continue to work with the Department of Homeland Security on any knife questions that arise and for possible further revisions,” announced Jan Billeb. “Knife companies with questions about their products can contact us for assistance in getting answers.”

A specialized agency of the United Nations, the International Civil Aviation Organization (ICAO) was created in 1944 to promote the safe and orderly development of international civil aviation throughout the world. It sets standards and regulations necessary for aviation safety, security, efficiency and regularity, as well as for aviation environmental protection.