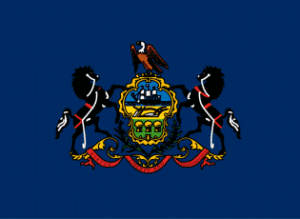 AKTI has been at the forefront of efforts in Pennsylvania to remove the state’s prohibition on the manufacture, sale, and possession of automatic knives. We are pleased to report that today, the Senate passed HB 1929 with a bipartisan vote of 50 to 0! This vote is the culmination of extensive legislative efforts that also resulted in unanimous votes in both the House and Senate Judiciary Committees and House passage with just 1 “no” vote.

Securing this important vote in the legislative process was the result of months of effort. Recognizing that past efforts in the state have stalled, AKTI and its members spent considerable time securing & building legislative support, building a coalition of in-state companies and advocacy groups, and educating key stakeholders. We would like to thank W.R. Case & Sons Cutlery for their leadership on this issue, as well as the many Pennsylvania-based companies and groups who joined us in this effort, including the Pennsylvania Federation of Sportsmen & Conservationists, Great Eastern Cutlery (Titusville, PA), Guardian Tactical (Emporium, PA), and Peter’s Heat Treating (Meadville, PA). Important in securing bipartisan support was also the support that came from the United Union of Roofers, Waterproofers & Allied Workers, and locals 30 (Philadelphia) and 37 (Pittsburgh).

Of course, none of this would have been possible without Representative Martin Causer, who sponsored the legislation. AKTI encouraged the introduction and has been coordinating with the Representative.

The bill now goes to the Governor’s desk for final approval. AKTI has already met with Governor Wolf’s staff and will continue to lead advocacy efforts with the Executive Branch.

Thank you to everyone who contributed to making this possible, and please do not hesitate to contact us if you have any questions.