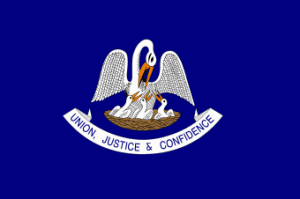 Legislation Removes the Prohibition on the Manufacture, Ownership, Possession, Custody, and Use of Automatic Knives

The American Knife & Tool Institute is pleased to report that Louisiana Governor Edwards signed HB 892 into law on May 15, 2018, adding Louisiana to the majority of states that allow their citizens the legal use of valuable tools for their daily activities.

HB 892 becomes Act 341 and provides that the manufacture, ownership, possession, custody and use of any switchblade (automatic) knife is now legal effective August 1, 2018.

The “intentional concealment on one’s person” of “any switchblade knife, spring knife, or other knife or similar instrument having a blade which may be automatically unfolded or extended from a handle by the manipulation of a button, switch, latch, or similar contrivance located on the handle,” is still considered illegal carrying of weapons.

“We’re thrilled that HB 892 has become law,” said CJ Buck, President of AKTI and Legislative Chair. “This is another step in the right direction to ensuring all law abiding residents of Louisiana are protected by the state’s laws, and allow to carry automatic knives. We thank Governor Edwards for promptly signing the bill.”