WASHINGTON, D.C. (September 30, 2013) – Representatives from the American Knife and Tool Institute visited Washington, D.C., as part of a trip that included a Board of Regents’ meeting, the Congressional Sportsmen’s Foundation’s annual banquet and opportunities to meet with key federal legislators and other organizations. 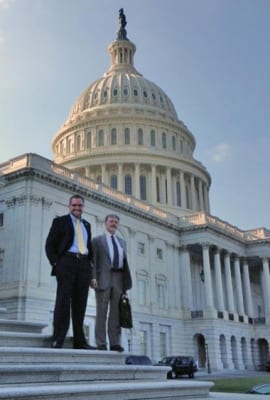 The Board meeting, attended by Board of Regents members from around the U.S., focused on the mission and goals of the AKTI committees for the next year.

“We met to plan the work to be done by our committees in the coming year,” AKTI President Rod Bremer, President of Columbia River Knife & Tool, reported. “With carefully established goals and missions at the committee level, AKTI as an organization will have more resources to focus on educating, promoting and informing knife owners and the public at large about how knives are used as essential, valuable tools.”

Following their business meeting, AKTI Board of Regents members, along with AKTI Executive Director Jan Billeb and AKTI Legal Contributing Counsel Dan Lawson, met with Senators and Representatives from states of several corporate members as part of their efforts to encourage consistent laws between states and educate about the role knives play in the lives of many Americans.

“We took the opportunity of being in D.C. to meet with legislators to let them know about the issues the knife industry and knife owners face,” Billeb said.

Billeb and other AKTI representatives also attended the CSF banquet and auction, along with 65 members of the Congressional Sportsmen’s Caucus (CSC) and others from sportsmen’s groups. The annual banquet, themed around conservation efforts of fish and wildlife resources throughout the U.S., also gave outdoor industry attendees a chance to network with legislators, many of whom are working to pass a bi-partisan package relating to outdoor sportsmen’s interests by the end of this year.

“We had an opportunity to meet some key legislators in a relaxed setting and speak to them informally about AKTI’s goals and ongoing work,” Billeb said. 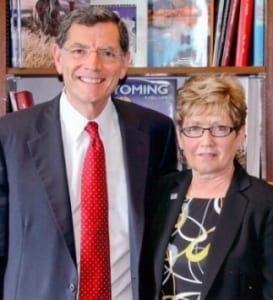 The Congessional Sportsmen’s Caucus is the largest bipartisan caucus in Congress. It works to provide advice, information and support to elected officials to ensure that the voice of American sportsmen and women is heard.

“We support the Congressional Sportsmen’s Foundation because the voices they represent are regular knife users in their outdoor activities,” added Bremer.

The AKTI Board of Regents meets four times per year, plus holds conference call meetings. The Board’s next meeting will be in January 2014 at the SHOT Show, to be held in Las Vegas.

All Board members pay their own expenses to travel to or attend AKTI meetings, in order to maximize the benefit of membership dues.