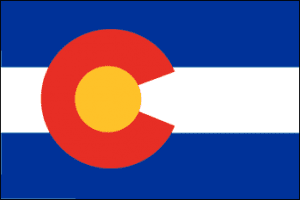 The American Knife & Tool Institute (AKTI) today announced the full House passage of Colorado SB 008, legislation to repeal the prohibition of automatic and gravity knives within the state, by an overwhelming vote of 59-6. The bill, which passed the Senate last month, now goes to Governor John Hickenlooper, D-CO, for his approval. Upon Governor Hickenlooper’s signature, the bill will go into effect on August 9, 2017, and will remove gravity and automatic knives (referred to in the legislation as switchblade) from the definition of illegal weapons under the Colorado Revised Statues. The bill’s sponsors, Sen. Owen Hill, R-10, and Rep. Steve Lebsock, D-34, contacted AKTI for assistance with drafting the legislation and securing its passage.

“Ensuring that the laws of our state protects the rights of Coloradans using knives and edged tools for daily, professional, and recreational use is one of the most important things our legislature can do,” said Senator Hill. “It has been a pleasure working with Rep. Lebsock on SB 008, which will allow outdoorsmen and tradesmen alike to use their automatic knives without fear of inadvertently breaking the law. We’re thrilled to see it pass the full House and Senate, and await Governor Hickenlooper’s signature to enact SB 17-008.”

“We are extremely pleased to announce that the Colorado House passed SB 008 with such a wide margin,” said AKTI’s Executive Director, Jan Billeb. “AKTI believes that Colorado’s burdensome prohibitions restrict Coloradans from possessing critical tools that are used by tradesmen, hunters, veterans, and all citizens as a part of their daily life. AKTI thanks Senator Hill and Representative Lebsock for their leadership on the issue, and our member John Bloodgood for his excellent testimony in support of the legislation.”

“As a 23 year combat veteran, and as law-abiding Coloradan, I was honored to work with the American Knife & Tool Institute, as well as Representative Lebsock, to further SB 17-008,” said John Bloodgood, an AKTI member who testified in support of the bill. “Repealing the prohibition on automatic knives in Colorado is critical. I had to give back most of my gear and equipment when I retired from the Air Force, including any weapons the federal government deemed dangerous and illegal. Since automatic knives are not illegal to possess under federal law, I was permitted to keep and use my automatic knife. However, the state of Colorado decided otherwise and deemed me a criminal if I kept my automatic knife. It’s time for Colorado to get rid of this superfluous law and allow law-abiding citizens to carry their automatic knives.”