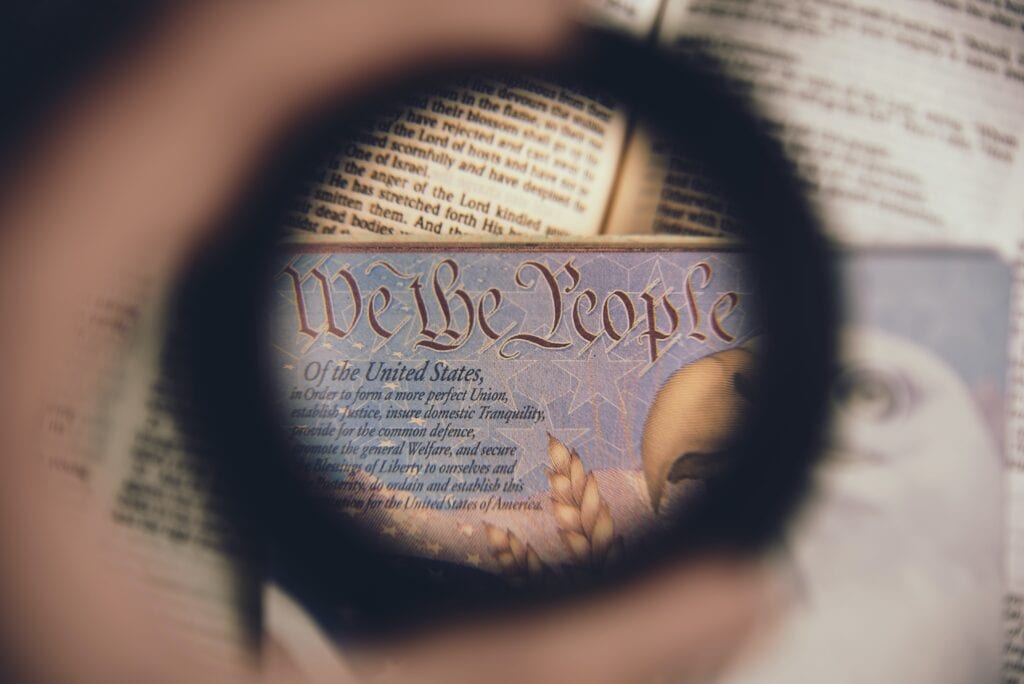 For most of us who live in the U.S., there are at least two constitutions that pertain to the subject of what arms we may possess or keep and how we may carry or bear these arms. Many seem to ignore the state constitutions and misunderstand the Second Amendment to the U.S. Constitution as applying only to firearms.

Pennsylvania and Vermont established constitutions in 1776 and 1777, respectively, with identical statements that “the people have a right to bear arms in defence of themselves and the state.” Similar constitutions were established by the other original colonies following the July 4, 1776, Declaration that their political connections with the state of Great Britain were “totally dissolved” and were henceforth “Free and Independent States.”

Some 12 years later, the people within that group of States agreed to “form a more perfect union” and established the U.S. Constitution in September of 1787, which consisted of Articles I through VII.

At that time, some states “expressed a desire, in order to prevent misconstruction or abuse of its powers that further declaratory and restrictive clauses be added.” This concern led to the memorializing of what is now known as the “Bill of Rights” consisting of ten Amendments to the seven Articles which were ratified effective December 15, 1791. The second of those ten Amendments states that “the right of the people to keep and bear arms shall not be infringed.”

Initially, the “restrictive clauses” in the U.S. Constitution applied only to the Federal government. Various states opened the door to arms restrictions in the early 19th century with concealed carry restrictions which survived state constitution challenges. In the middle 20th century, many states enacted automatic knife restrictions. The Federal Government joined the legislative lemming-like rush in 1958 with the Federal Switchblade Act (FSA).

In 1984, the Oregon Supreme Court in State v Delgado, 692 P2d 610 upheld and affirmed a decision by the Oregon Court of Appeals that in passing the state’s “switchblade” restriction, it infringed upon the Oregon State Constitution, Article 1 Section 27 which is an almost verbatim copy of the Vermont and Pennsylvania analogue provisions.

The Oregon legislature defiantly enacted a switchblade concealed carry restriction within a few months after the Delgado decision.

The Federal National Firearms Act of 1934 (NFA) which imposed restrictions on fully automatic firearms and “sawed-off” shotguns was passed in response to the Valentine’s Day Massacre in Chicago where two Thompson submachine guns were used to murder seven people. The NFA led to consideration of the 2nd Amendment by the Supreme Court for the first time. Unfortunately, we might say “it was rigged.”

A 2nd amendment challenge to the NFA involving one Jack Miller, a convicted criminal with a sawed-off shotgun, was finessed into a US Supreme Court case where the prosecution knew that Miller would not participate. The Constitutionality of the NFA was considered and decided by the U.S. Supreme Court without the benefit of the “adversarial proceedings” approach which is the bedrock of Anglo-American jurisprudence. In U.S. v Miller, 307 U.S. 174 (1939) the Court stated that there was no reasonable relationship between the militia and a sawed-off shotgun. Accordingly, it held that the NFA did not infringe the 2nd Amendment. Shootings remain a common occurrence in Chicago.

The only appeal level Federal consideration of the 1958 FSA as an infringement on the right to bear automatic knives as arms involved one Douglas Nelson who began importing “switchblade” knives in the early 1980s. He formed the Crowley Cutlery Company of Illinois and filed a lawsuit in a Federal Court of that state seeking a declaratory judgment that the FSA was unconstitutional. The Court ruled that his lawsuit was frivolous and a waste of judicial resources, Crowley Cutlery Co v U.S. 849 F2d 273 (1988). In the meantime, he had been charged in Minnesota with violating the FSA, found guilty thereof, and sentenced to one year in prison along with a fine. He had raised as a defense that the FSA infringed the 2nd Amendment to the U.S. Constitution. On appeal, the Court of Appeals in U.S. v Nelson, 859 F2d 1318 (1988) followed the rule of Miller as well as an earlier inapposite case and wrote:

We also decline to hold that the Act violates the second amendment. Nelsen claims to find a fundamental right to keep and bear arms in that amendment, but this has not been the law for at least 100 years.

The Nelson decision was an unremarkable event in the ongoing national debate as to the application and intent of the 2nd Amendment. Twenty years later, the U.S. Supreme Court ruled in D.C. v Heller, 554 U.S. 570 (2008) that the 2nd Amendment is a “guarantee” of an “individual right to possess and carry weapons in case of confrontation.” Moreover, the “arms” protected are those weapons “in common use.” Some analysis considered what arms individuals would bring if the militia were mustered.

Two years later in McDonald v Chicago, 561 U.S. 750, the Supreme Court ruled that the 2nd Amendment was “incorporated” into the fundamental due process limitations applicable to the States. This does not mean that the 2nd Amendment to the U.S. Constitution replaces a state constitution analogue, although the Connecticut Supreme Court ignored its own State Constitution in the 2014 case of  State v DiCiccio, 105 A3d 165 which involved a state law restriction on “dirk knives” and “batons.”

Article I Section 15 of the Connecticut Constitution provides “Every citizen has a right to bear arms in defense of himself and the state.” Despite this, the Connecticut legislature passed a law prohibiting weapons in vehicles and applied it to an individual moving his belongings which included a dirk knife and a baton or club to a new residence. The DiCiccio Court ruled that such items were “arms” protected under the 2nd Amendment and that the right to “keep” arms includes being able to relocate the same when one changes his residence. The DiCiccio opinion is quite favorable in its characterization as to what knives are protected arms. It would include dirks, daggers, swords, bayonets, and the iconic USMC “Ka-Bar.” The court’s rationale was that such items would be commonly used by hypothetical citizen militia if called to serve. While the foregoing items were “arms,” the Court ruled that the State could continue to restrict the same but not “as applied” to the defendant.

The Washington Supreme Court employed contradictory reasoning in City of Seattle v Evans 366 P3d 906 (2015) holding that a three-inch paring knife was not a protected arm under either the Washington State Constitution preserving an individual citizen’s right to bear arms in defense of oneself, or the 2nd Amendment. Essentially it stated that a three-inch paring knife is too small to be an “arm” and therefore it is not constitutionally protected and may be restricted as a “dangerous weapon”!

The Federal Court in Hawaii recently employed an officious and overbearing approach in a case that challenged the constitutionality of the state prohibition on butterfly knives. In Teter v Connors, the Court upheld the prohibition on the grounds that the “burden” or restriction imposed was insignificant:

Essentially, the Judge ruled that despite the Constitution, Hawaii may select some types of knives that are forbidden provided it does not restrict all knives. An appeal is pending.

A reading of the various Court cases mentioned here suggests that legislatures and judges are guided more by mythos than reality on issues involving knives. There may be some legislative and judicial “disfavor” of knives as arms. Numerous state constitutions provide people may bear arms for self-defense and cannot be construed to require that the arms be compatible with Militia participation. Some of us might have only a three-inch paring knife. Some of us might prefer the butterfly handles or push-button convenience.

The mission of The American Knife & Tool Institute (AKTI) is to educate and inform. There are no bad knives or good knives.  Knives have been a simple, handy, and common tool for thousands of years. We encourage all to know our knife laws many of which were improvidently, if not unconstitutionally, enacted.

Check out the knife laws in your state and where you work or travel, sign up to receive AKTI’s emailed news about legislative efforts and information that will help knife owners feel confident to carry the knife and edged tool of their choice, or join and support the organization that advocates for the entire knife community.