The U.S. Supreme Court has established a standard for penal or prohibitory statutes:

It is a fundamental principle of due process that an enactment is void for vagueness if its prohibitions are not clearly defined. Vague laws offend several important values. First, because we assume that citizens are free to steer between lawful and unlawful conduct, we insist that laws give the person of ordinary intelligence a reasonable opportunity to know what is prohibited so that he may act accordingly. Grayned v. City of Rockford, 408 U.S. 104 (1972). 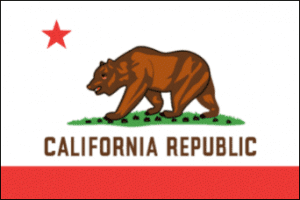 The case of People v. Hester, 58 Cal.App.5th 630 (2020) upheld a conviction – and a 6-year prison sentence – of homeless Jonathan Hester for possession of a boxcutter under a statute applicable to dirks and daggers originally enacted in 1917. The concurring opinion suggests a need to “grapple” with complexity, uncertainty, overbroad language, and persistent confusion.  The concurring opinion urges caution:

Today’s holding itself is like a box cutter: a very sharp tool, so you better handle it with care and know what you are doing.

I concur in the judgment. But the matter is rather complex and, in some respects, uncertain. I will explain why.

First, we must grapple with the statutory language, which is bizarrely broad and is the result of a century of puzzlement over how California will regulate street weapons.

When an appellate court judge writes that a particular knife law is bizarrely broad and the result of a century of puzzlement, it behooves us in the knife community to examine what he is stating, it certainly leads us to question if the prohibitions are “clearly defined.”

The beginning of the period of “puzzlement” is a decision by the California Court of Appeals in 1928, namely People v. Ruiz, 263 P. 836. It involved the application of the California restriction to the 1917 dirks and daggers statute.  One Louis Ruiz was in the vicinity of a Southern Pacific Railway yard when a police officer observed him.  Ruiz was carrying a bundle determined to be a copper wire that he claimed he found in a “dump.” The officer suspected Ruiz had removed the wire from the rail yard. A “British bayonet” was also found in Ruiz’s possession, who had prior convictions for petit larceny and forgery. California law prohibited the concealed possession of a dirk or dagger, but the law did not provide definitions for those terms. It did not contain a “or other such weapon” clause.

The prosecution charged Ruiz with two counts, both deriving from the same item. Count one alleged it was a dirk, and count two alleged it was a dagger. The jury was instructed by the court as to the definition of a dagger, that “the word was not used in the statute in a narrow or technical sense.” The conviction under the dagger count was upheld on appeal.

Well-established principles in the country hold that penal or criminal statutes are to be strictly or narrowly construed and applied. The jury was instructed otherwise. We also have the equally well-established rule that the specific mention of several items in a class excludes non-mentioned items in the same class. A case from Ohio – which also involved possession of a bayonet – illustrates the application of these foundational legal principles with a different – and legally sound – result.

One Christine Sledge made a sudden lane change while driving and was stopped by a police officer who observed a bayonet protruding from behind the driver’s seat.  A local ordinance provided:

No person shall carry on or about this person any firearm, bowie knife, dirk, machete, blackjack, billy club or brass knuckles, whether concealed or not.

Ms. Sledge was charged and convicted of a traffic offense and for carrying a bayonet with a 15-inch blade. The prosecution did not specify between bowie knife, dirk, or machete; the cutting instruments prohibited proscribed under the ordinance.  She appealed only the bayonet conviction. The Court of Appeals in City of Shaker Heights v. Sledge No. 73676 (unreported opinion) noted:

Significantly, however, the ordinance does not proscribe the carrying of bayonets, and there is no additional prohibition of “other dangerous weapons.” Construing it, as we must, in favor of the accused, . . . and in light of the fact that it is written in the disjunctive and does not include a broader catchall term, its terms are mutually exclusive. . . the express inclusion of certain enumerated alternatives implies the exclusion of other non-enumerated alternatives). Therefore, articles which are not specifically stated in the ordinance may not be included within its scope. (Citations omitted).

Did the California court in deciding Ruiz prioritize punishing theft of copper wire over legal principles? Much confusion and inconsistency in California knife law may have been avoided had the Ruiz court decided differently. The California legislature may have been inspired to develop a cogent approach. Instead, the Ruiz decision became precedent for the elastic and inconsistent application of the dirk or dagger restriction in California. The definition used by the court became commonly used throughout the state:

A dagger has been defined as any straight knife to be worn on the person which is capable of inflicting death except what is commonly known as a ‘pocket-knife.’ Dirk and dagger are used synonymously…

Public understanding of the law would be aided, and perhaps some judicial confusion eliminated as well, were the legislature to abandon, or at the least define, the arcane term “dirk or dagger.”

The legislature did act but declined to abandon the 1917 dirk and dagger statute. A separate statutory definition was created in 1993, which significantly focused the restriction. It read:

As used in this section, a ‘dirk’ or ‘dagger’ means a knife or other instrument with or without a handguard that is primarily designed, constructed, or altered to be a stabbing instrument designed to inflict great bodily injury or death.

This 1993 definition, which afforded more guidance and limitation, was not well received by California prosecutors who quickly complained:

…since we can never show that the primary purpose of a butcher knife, hunting knife, survival knife, ice pick, etc., is to cause death or great bodily injury by stabbing, we cannot obtain convictions under the statute, even when the person was carrying the concealed instrument for potential use as a weapon. (Sen. Rules Com., 3d reading analysis of Assem. Bill No. 1222 (1995–1996 Reg. Sess.) as amended May 31, 1995, p. 4.)

An obvious question is why prosecutors would seek a conviction for possession of a butcher knife or hunting knife when it was not unlawful to possess such knives!

The two-year interval of knife law lucidity ended in 1995 when the California legislature further amended the dirk or dagger definition, with the result being to eliminate specificity and facilitate prosecution. That version provided:

As used in this section, a ‘dirk’ or ‘dagger’ means a knife or other instrument with or without a handguard that is capable of ready use as a stabbing weapon that may inflict great bodily injury or death.

This definition could be applied to an extraordinarily wide range of knives, including folding knives. The definition was amended again in 1997 by adding the additional wording:

A nonlocking folding knife, a folding knife that is not prohibited by Section 21510, or a pocketknife is capable of ready use as a stabbing weapon that may inflict great bodily injury or death only if the blade of the knife is exposed and locked into position. 1

Whether the dirk and dagger definition, § 16470, was constitutionally defective for vagueness or overbreadth was considered by the California Supreme Court in the case of People v. Rubalcava, 1 P.3d 52 (2000), which involved a knife described by the court as follows:

The knife had a blade roughly three inches long and a handle approximately three and one-eighth inches long. The tip of the blade was chipped. One side of the blade was “totally blunt,” and the other side was dull. The blade, however, showed signs of having been sharpened at one time.

Ernesto Rubalcava had been arrested on an outstanding warrant. One of the arresting officers testified that it “could be used as a stabbing weapon.” The court’s opinion does not address how a dull knife with a broken tip readily inflicts great bodily injury.

The California Supreme Court improperly undertook legislative authority and rewrote the dirk and dagger definition – now §16470 – with the words “we construe the statute to contain a ‘knowledge’ element.”  It then acknowledged the overbreadth of the issue and suggested it may not be a wise solution to the “gang problem.”  The court agreed that the notion “everyone—peace officers, prosecutors, judges, and juries—knows what is considered ‘bad’ carrying of a concealed dirk or dagger” was sufficient “protection against possibly overzealous use of the Penal Code proscriptions on such conduct.”

This approach cast a wide net but allowed the criminal justice system to sort out those caught – inconsistent with Constitutional due process.  The U. S. Supreme Court Grayned v. City of Rockford case mentioned above forbids it:

A vague law impermissibly delegates basic policy matters to police officers, judges, and juries for resolution on an ad hoc and subjective basis, with the attendant dangers of arbitrary and discriminatory application.

The rule of law in California has been further complicated by a committee acting beyond its delegated role and usurping legislative authority.  The concurring opinion in the Hester opinion, which bemoans the “century of puzzlement,” states:

The CALCRIM Committee should take note. And there is latent uncertainty our Supreme Court may someday wish to probe.

The CALCRIM instruction at issue is No. 2501; it contains the following:

When deciding whether the defendant knew the object could be used as a stabbing weapon, consider all the surrounding circumstances, including the time and place of possession. Consider also the destination of the defendant, the alteration of the object from standard form, and other facts, if any.

The statute makes no mention of “all surrounding circumstances” or of whether the defendant “knew” that the object could be used for stabbing. The definition speaks only to the physical characteristics of the object. The wording is well beyond and “inconsistent with the statute.”

How does one know which surrounding circumstances will render their knife a dirk or dagger? How does the California law afford a person of ordinary intelligence a reasonable opportunity to know what is prohibited so they may act accordingly? How is one’s destination a factor?

The American Knife & Tool Institute (AKTI) suggests that restrictions on the possession and carry of knives are NOT solutions to the intractable societal problems of homelessness, recidivism, or street gangs. Expedience does not excuse adherence to constitutional due process and sound jurisprudential principles.  Restrictions that focus specifically on criminal behavior or unlawful intent should be employed. Numerous states have long had statutes to criminalize carrying a weapon with criminal intent. California was well into the “century of puzzlement” when it enacted §17500 captioned “Deadly weapon; possession with intent to assault” in 2012. Did California prosecutors in 1995 deliberately avoid this option with reference to gang members with “hunting knives?”

Those who govern California seem to face challenges, none of which are caused by man’s oldest tool. The dirk and dagger law, now in its second century, is not the answer.

The American Knife & Tool Institute is working to eliminate frivolous restrictions and ambiguity in knife laws at both the federal and state levels. Stay informed and Carry with Confidence.  Sign up for monthly email news to Stay Informed about AKTI’s legislative initiatives and other valuable information about the knife community.

1§21510 provides restrictions applicable to a “switchblade” having a blade two inches or longer.